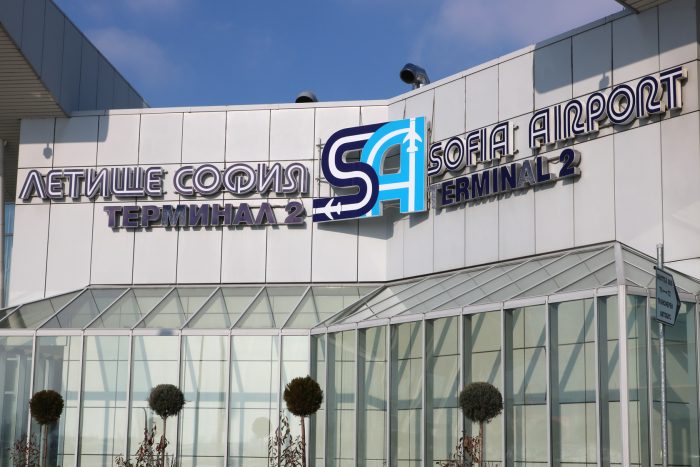 Bulgaria’s capital city airport is getting on in years. A private airport operator now wants to invest up to 600 million euros in modernizing Sofia Airport with help from Munich.

While Sofia Airport handled around 7 million passengers a year until the outbreak of the Covid-19 pandemic, passenger numbers recently dropped to just 3.3 million (-52.7%) in 2021. Bulgaria’s economy, and with it the Bulgarian capital’s airport, was hit hard by the pandemic.

Since last year, however, hope has been restored in Sofia. The French investment company Meridiam (99%), together with the Austrian construction company Strabag (1%) and the airport consultant MUC International, a subsidiary of Munich Airport, obtained a license to operate the formerly state-run company for a period of 35 years.

SOF Connect, as the consortium calls itself, has thus become another concessionaire of a Bulgarian airport alongside Fraport Twin Star Airport, which has already been operating the two Black Sea airports in Varna and Burgas for several years.

The facilities at Sofia Airport appear old and worn out and are in urgent need of revitalization. Especially Terminal 1, which was opened in 1935 and is now only used by the Hungarian low-cost carrier Wizz Air, shows that no major investments have been made for a long time. In Terminal 2, which was officially opened in 2006, the situation is not much better. The Bulgarian state, as the former operator of the capital city airport, had little interest or sufficient financial means to invest in the modernization of the building.

All the more encouraging now that the new airport operator SOF Connect has announced numerous investments. In the first few months after taking over the airport, the new operator has initially only made minor changes in the shopping and gastronomy areas of Terminal 2, but investments are to be made in the maintenance of the runway and taxiways before the end of this year. In addition, further parking spaces are to be built in the immediate vicinity of Terminal 2 and a new baggage handling system is to be installed. By the end of next year, commercial flight operations in Terminal 1 are to be permanently discontinued in order to save costs and possibly operate the building as a business jet terminal in the future.

Expectations for the future of the airport are high! One of the first goals SOF Connect has set for itself is to double the existing number of flights and to establish transatlantic nonstop flights to the U.S. East Coast.  Bulgaria’s Gullivair, which now operates three A 330-200s and three ATR 72-600s for feeder flights, could play an important role here in the future.

Up to now, demand for North American flights has been handled via the European connecting hubs. However, an expatriate community of some 100,000 Bulgarians has been clamoring for the resumption of nonstop service to the old homeland since the end of Balkan Bulgaria Airlines service between New York and Sofia in 1999.

The recruitment of new airlines and the deepening of existing connections of renowned airlines such as KLM, Lufthansa or Gullivair is also on the agenda of the new airport operator. Sofia’s fees are already among the cheapest in Europe. In order to attract new airlines, SOF Connect will maintain the level of airport charges in 2022. Like most European airports, Sofia Airport is still suffering from the effects of the coronavirus pandemic, although some encouraging signs are beginning to emerge, as the new SOF Connect CEO Jesus Caballero recently noted: “We are constantly in talks with the airlines, and they see potential for growth and recovery. The airlines have requested more slots for the summer, which is a good signal.” At the same time, however, the airport manager also expects a revenue deficit of around 32 million euros in the current year. However, if demand does indeed pick up again from 2024/25 as hoped, SOF Connect has made a commitment to the Bulgarian state to press ahead with the expansion of its terminal infrastructure by building a new Terminal 3 within ten years.